In Case You Forgot, the Audi R8 Is a Pretty Perfect Sports Car

Before I slid into the drivers’ seat of the 2020 Audi R8 last month in Los Angeles, I’ll admit I was skeptical: I drove this car in 2016, I thought. Nothing new to see here.

In the 14 years since the production version launched, Audi has taken an almost hands-off approach to its signature coupe. Aside from the usual technology and slight aerodynamic and driving adjustments subtly integrated every year, and a second-generation facelift in 2012 with a new variant called the V10 Plus, the R8 has remained relatively unchanged both in exterior styling and behind-the-wheel performance. 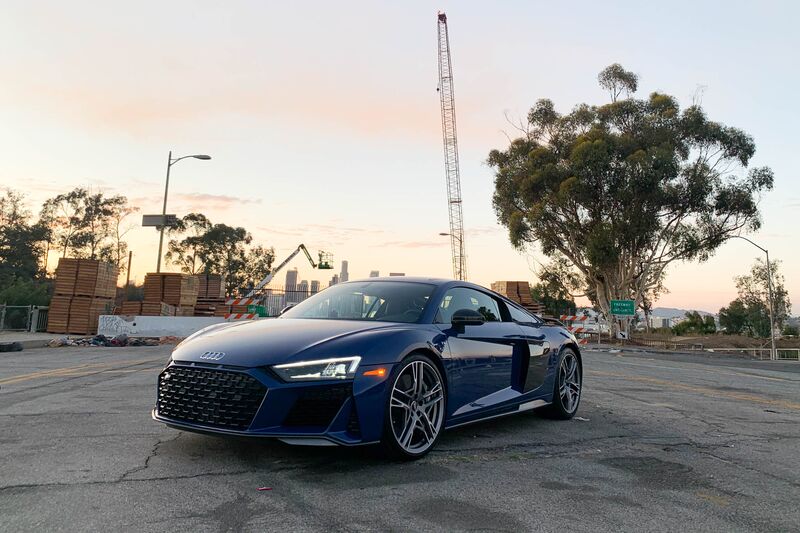 At this point, you’re more likely to have forgotten all about the Audi R8 than to consider it as the possible exciting new addition to your dream garage.

But that would be so, so wrong. The $195,900 R8 V10 Performance Coupe is perfectly suited for everyday life on the road but with an attitude that feels like a holiday every time you press the gas pedal. Driving it again this year was like going back and listening to Muddy Waters wail on the guitar and remembering just how great and influential he was to such bands as the Rolling Stones and Led Zeppelin. He didn’t need dance moves or crazy lights to bolster his genius. It’s steady, unchanging, iconic.

Audi, likewise, hasn’t fallen into the trap of tinkering with something that isn’t broken. Compare that approach to the company’s siblings at Volkswagen AG, where the Porsche 911 appears in seemingly endless new track-primed or paint-to-sample offerings, or where Lamborghini’s wild and exotic bulls tend to have shorter, 8- or 10-year lifespans before their next big splash. 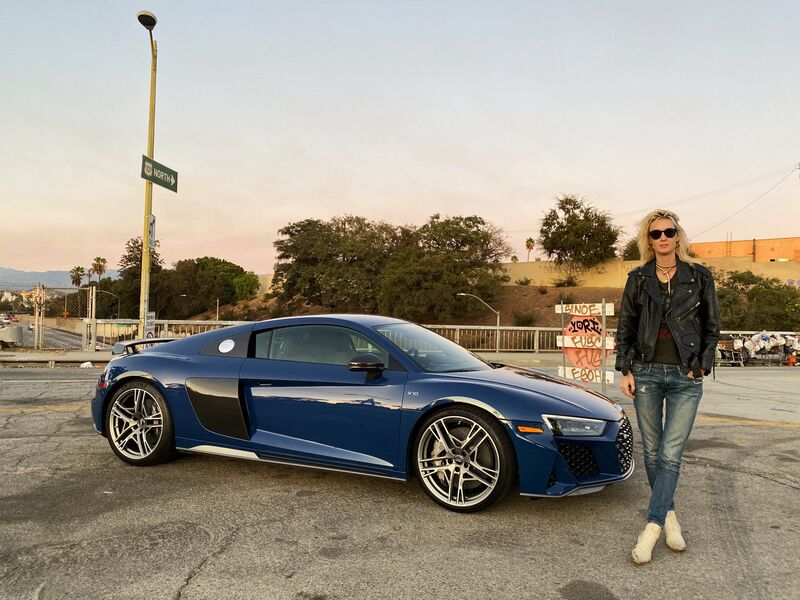 As I drove the 2020 R8 V10 Performance in Ascari Blue Metallic (a deep rich blue) recently for a week in downtown Los Angeles, Beverly Hills, and Malibu, I remembered again its superior styling, elegant handling, and flawless entertainment and navigation systems.

There are plenty of reasons 24 Hours of Le Mans champion Jacky Ickx called the R8 “the best-handling road car today,” and why Marvel Comics selected it to be the glamorous hero car that Robert Downey Jr. drives as Iron Man. This is a car made by adults, for adults, with no need to shout and scream and clamor for attention, visually or otherwise. 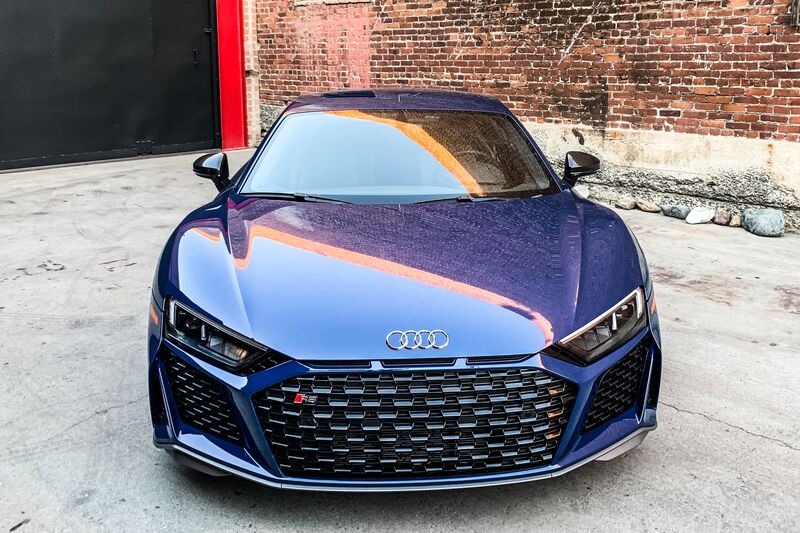 I took the R8 up Angeles Crest, a rather hidden highway that LA’s driving enthusiasts use for shakedowns and thrills. On the way up its 6,000-foot incline, I loved the visibility from the sides and front of the car, no small thing for a two-seat sportscar. The refined roar of the engine is not so loud as to be embarrassing or annoy the neighbours, but it’s enough to let people know you’re there. The steering wheel, too, was synced innately to where my eyes and hands and intentions were at all times. 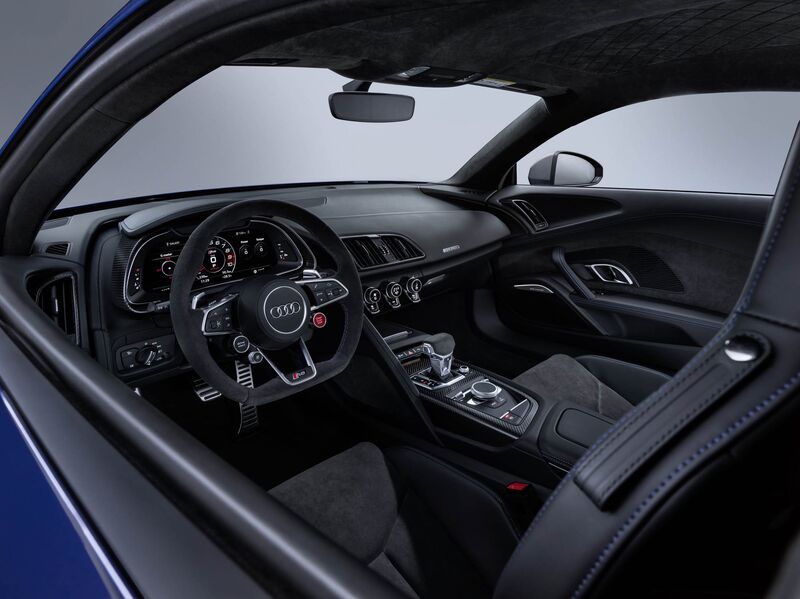 The R8 Coupe has a unique version of Audi’s famous Quattro all-wheel-drive system, which can vary where the power of the car is sent: It can drive like a rear-wheel-drive vehicle or send all of its thrusting power to the front axle of the car, if driving conditions so require. This is made possible by such advanced technologies as torque vectoring and integration within the Audi drive select system, and it means that the transition between hill and flat, corner and straight, are seamless.

I felt the car’s forward momentum carried through every turn, which is a great thing when the zero-to-60 mph sprint time is 3.2 seconds and the car has a whopping 602 horsepower. Did I mention that top speed is 200 mph? I didn’t want to slow down. 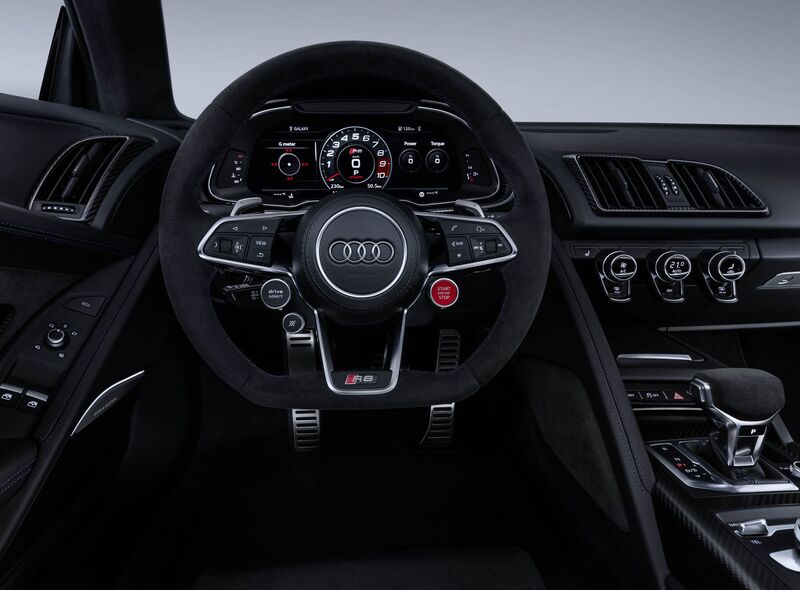 The interior of the R8 combines buttons and knobs in a well-designed, near-minimalist atmosphere.

Three new elements this year make it easy to tell the difference between this R8 and that of generations past: an all new honeycomb grille, oval exhaust pipes instead of round ones, and an edgier rear spoiler. The glorious, blue exterior is unique to the 2020 Performance models, as are the blacked-out Audi ring logos and two new interior colors, pastel silver and palomino brown. Upgrades such as Bang & Olufsen sound ($1,900) and contrast stitching along the interior ($500), plus the $1,700 gas guzzler tax (city efficiency barely crests 13 mpg), sent the total bill of the one I drove to $208,245.

On the way back down the hill, I flipped through the R8’s five drive modes: Comfort, Auto, Dynamic, Individual, and—on R8 V10 performance models like the one I had—Performance. They work as you’d expect: Comfort is softer across the chassis of the car, while Dynamic is stiffer. Audi’s “magnetic ride” function allowed me to adjust the firmness of the dampers and shock absorbers, which helped as I cruised at highway speed heading home. 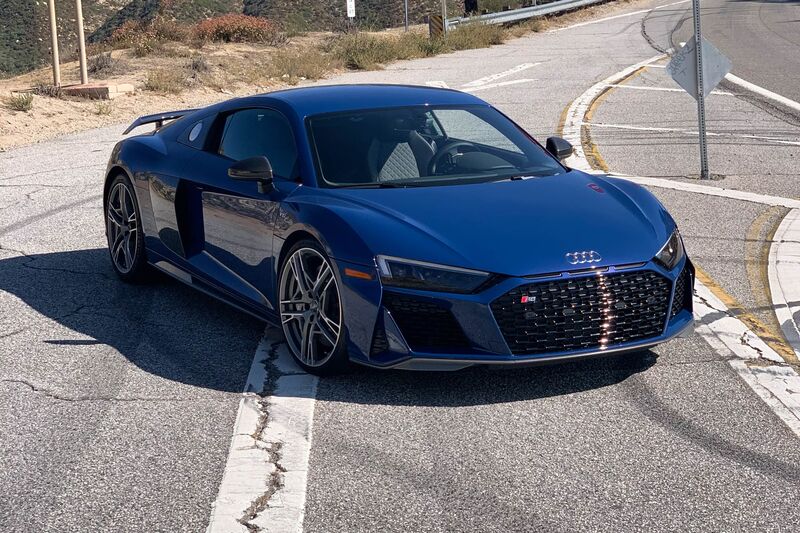 I loved how seamlessly the two USB ports, smartphone interface, and other cockpit systems synced with my phone, navigation, audio, and comfort settings. The simple act of technology in a car working quickly and flawlessly—even in so-called luxury cars—is rarer than you’d think.

As I flipped through the Bluetooth settings and shuffled among songs by Lou Doillon and Big Mamma Thornton, my back softened against the pneumatic sport seat that’s criss-crossed in detailed diamond stitching. The faint smell of leather lingered in the sun-drenched cabin.

The R8 has earned my respect for its balanced, beautiful driving performance. It’s done it all with the abiding style of an artistic masterpiece. It’s a well-deserved position, even if that kind of solid reliability means we forget about it every now and then.

Sales of the 2020 Audi R8 will commence this summer