Bengaluru: Kishore Biyani-led Future Group has scaled down its e-commerce venture, Retail 3.0, and laid off 350-400 employees, four former employees aware of the development said on condition of anonymity.

Two of them said the layoffs across roles in sales, product development, marketing and ground operations were carried out in the last few months. Future Group recently shuttered many of its EasyDay stores amid little traction for its EasyDay grocery app.

The closure of 140 EasyDay stores in November, which was reported by The Economic Times, was part of the same restructuring exercise, said one of the two people cited earlier.

While announcing Future Group’s e-commerce strategy in 2017, Biyani had stressed blending technology with his existing physical stores. “The idea was to convert the entire offline journey of a Future Group consumer into the online world," said the second person cited earlier.

A Future Group spokesperson confirmed the layoffs without disclosing details.

Towards the end of 2016, the retail major began hiring to build digital assets to support a new e-commerce strategy. Biyani unveiled the Retail 3.0 initiative at a Nasscom Product Conclave in November 2017. By 2018, it had 500-600 employees building different digital assets for Retail 3.0. In November 2018, e-commerce giant Amazon bought a 9.5% stake worth ₹2,500 crore in Future Group.

Future Group announced a research and development unit named C&D (Consumer and Digital) Labs in Bengaluru in April 2017. “They (C&D Labs) were developing a map of the entire journey of a Future Group consumer… basically a psychographic analysis of the buyer," said the first person cited earlier. “For example, if we knew the age and gender and marital status of the customer, we could figure out what kind of products could be marketed to him or her from a pool of previous order history of similar customers." 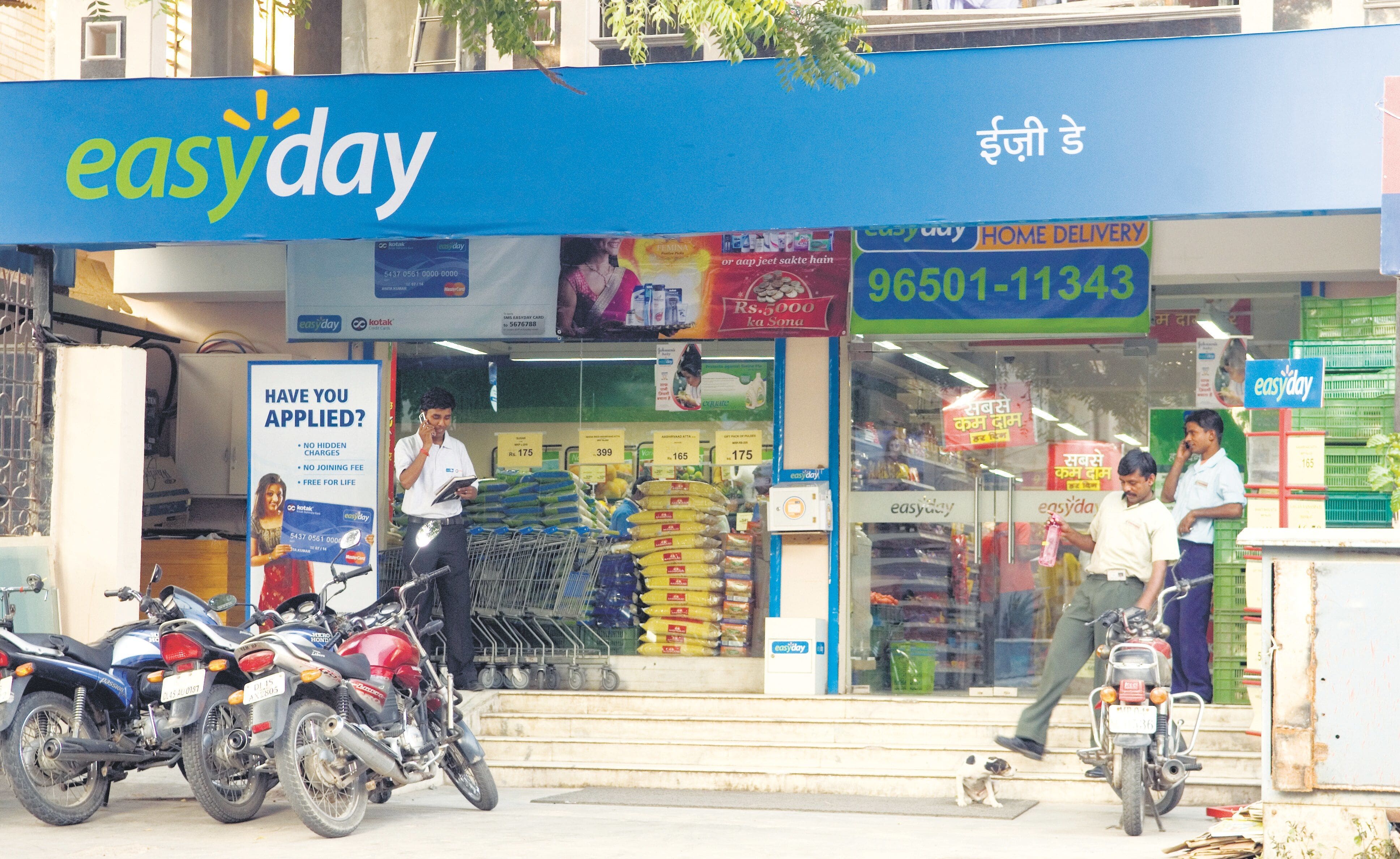 The EasyDay app is limited to customers in Delhi-NCR

By 2019, Future Group decided to pull the plug and massively scale down its digital strategy due to the slowdown in retail spends and delays in proposed investments in the e-commerce venture.

According to the second person, C&D Labs, which was spun off from Future Consumer Ltd, had around 150 employees.

“As much as 40-45% of each store’s revenue was driven by the loyalty programme," said the first person. The programme was also linked with the EasyDay app, where paid members received a 10% discount on each order. However, the app is currently limited to customers in the Delhi-National Capital Region.

The EasyDay app in its beta phase was rolled out to 22 stores in north India, but never made it out of the testing phase, said the two people cited earlier.

When Future Group began shutting stores in 2019, customers began seeking refunds and the company started shifting memberships to other nearby EasyDay stores as a solution, the second person said.

“Future Group collected around ₹38 lakh worth of memberships through its ₹999 initiative, but since the delivery product never made it out of the beta phase, it never saw a national rollout," added this person.

“When a traditional retailer like Future Group starts investing in e-commerce, the company should be sure of how deeply they want to integrate technology into their units, and whether they want to build it from the ground-up or start with acquisitions," said Harminder Sahni, managing director at Wazir Advisors. “And with the latest Amazon and Future Group tie-up, it’s clear that the new strategy for Future Group is getting into an omni-commerce model. But they are unlikely to stop with just this model; since they are very adaptive to new technologies, one could expect them to come out with newer models to sell online sooner."

First of all, we are learning here and this fuzzer is in no way going to be a proper tool used against real targets (at least not initially). This is why we are going to code it in python. For real to

In the previous part of this mini-series we’ve implemented a very simple fuzzer. As the main idea behind it is being an exercise therefore I don’t think it is capable of finding bugs in complex target