Apple may have to abandon Lightning connector cable

Apple could be forced to abandon its Lightning connector cable if European lawmakers get their way.

The cable is used to charge and sync many Apple devices, such as the iPhone.

But members of the European Parliament urged the European Commission on Monday to force tech giants to adopt a single universal charging method.

Two other charging cables - USB-C and micro-USB - are used on Android devices, and Apple has already stopped using Lightning on the 2018 iPad Pro.

European regulators will vote on the matter on a yet to be determined date, but Apple says the proposed regulation would stifle innovation and be disruptive to consumers.

How likely is this to happen?

If the regulator enforces its proposed regulation, Apple devices sold in Europe would be required to have a new charging method.

It is likely Apple would then adopt USB-C, considering the company's 2018 iPad Pro ditched Lightning in favour of the technology.

Another possible option would be to remove charging ports and cables entirely and use wireless charging instead.

A new cable would mark the tech giant's third in 13 years. 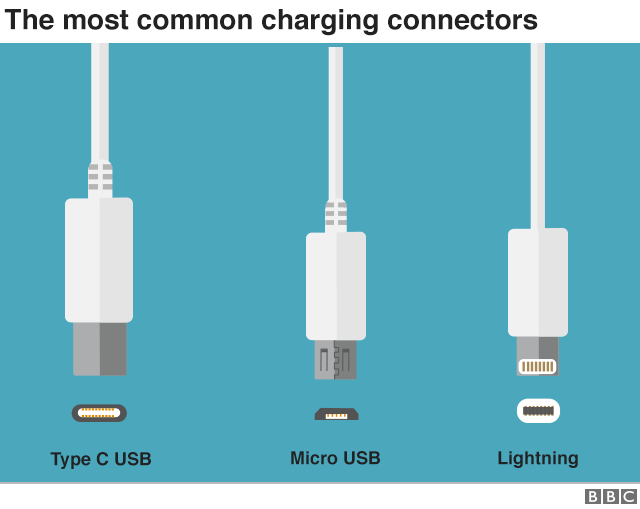 Why does the EU want this change?

The European Commission has been campaigning for a single charging method for the past decade.