From an adorable robot shaped like a ball to an invisible smart door lock, here are nine fun, useful, and stylish gadgets we spotted at CES 2020.

Taking the technology out of tech was a clear theme at this year’s CES—the world’s largest consumer electronics trade show, held annually in Las Vegas. Companies seem to have come around to the idea that we don’t want huge blinking screens and bright LED buttons in our homes—we want technology that fades into the background, while still giving us the convenience and functionality that the smart home has promised for so long.

At this year’s CES, color, style, and design emerged as key trends—read on for nine of our favorite finds, straight from the show floor. 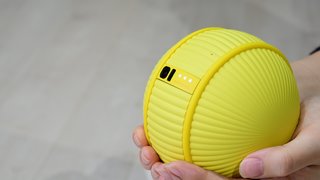 The star of this year’s CES was a yellow robot shaped like a ball—that’s imaginatively named Ballie. The household bot made its worldwide debut at Samsung’s keynote on Monday night, and promptly rolled into our hearts.

It’s currently a prototype—so its exact functions are still amorphous—but the spherical bot, which was displayed in five colors, showed off some of its possible features at the trade show, including the ability to autonomously control your home. It can open the shades to wake you up, direct an air purifying robot to head to the kitchen when you burn the toast, play with your dog when you’re gone, and tell the robot vacuum to sort out the subsequent mess.

The technology integrates with Samsung’s smart home platform SmartThings to communicate with smart devices in your home, and with onboard cameras, a microphone, and sensors, it can be controlled by voice and it’ll personalize its responses to everyone in the home.

It’s not Rosie the Robot, but it’s rolling in the right direction. 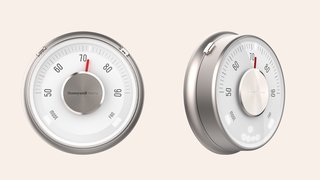 Breaking the mold of devices that look like smartphone apps stuck to your wall, the newest smart thermostat from Resideo, the makers of Honeywell thermostats, is a thing of midcentury beauty.

Inspired by the The Round, Honeywell’s 1953 T86 thermostat that’s currently in the Smithsonian Museum, the M5 Classic Smart Thermostat is a whole lot smarter. It can not only control your heating and cooling intelligently, but it also acts as a central point for all your home’s systems—it can help monitor and manage air quality, detect water leaks, and monitor energy use and security when paired with other Resideo products.

The M5 Smart Thermostat will be available later this year. 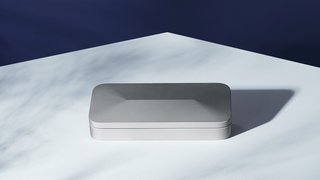 Keep your valuables secure, but not out of sight. That’s the intriguing premise behind Trova, a smart storage device designed by a husband and wife team from Colorado.

Traditional safes are unsightly, complicated, and a hassle to access—which is why you probably never put valuable items you use regularly in them. Trova’s two storage boxes are designed to be left out in the open. 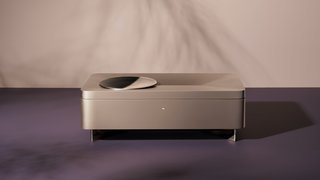 Made with a lightweight, sleek aluminum alloy and available in four stylish colors, Trova Go is the portable option, and Trova Home fits into the bedroom or living room.

The idea is that you can secure personal, valuable, and private objects in an easily accessible place—which you open and close wirelessly using Bluetooth and biometric scanning through your smartphone. There’s no need to worry about losing keys. 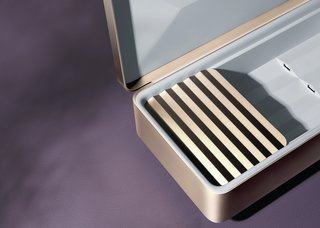 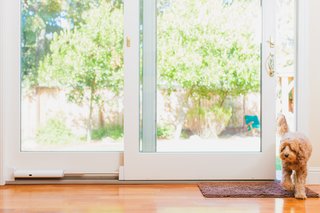 Technology that makes life easier is the mantra at CES, but it’s not often that a product hits that lofty goal as effectively as Wayzn (aka ways in). The device automatically opens your sliding door just enough to let your pet in or out, on demand. It’s an elegant solution for a pet owner who doesn’t want to defile their patio doors with an ugly plastic dog door.

Motion sensors open the door for your dog automatically (and are smart enough to know it’s your dog, not the neighborhood raccoon). Alternatively, you can use voice control—via Alexa or Google Assistant—or a smartphone app to operate it yourself.

When not in use, the mechanical arm folds up out of the way—and because it doesn’t require any permanent screws or nails, it can be taken with you if you move.

Wayzn Slide is available to pre-order for $399 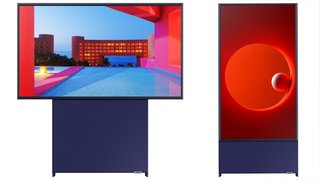 Tired of scrolling through Instagram on a tiny seven-inch screen? Want to see vertical YouTube videos in the aspect ratio the creator intended? Samsung’s Sero is the TV for you.

Essentially a giant smartphone for your living room, it’s fair to say this TV has a very specific target demographic. But for those of us who live for our phones, and the content we consume on them, the Sero is an oversize fantasy come true.

While it works as a traditional horizontal TV, when you pair it with your phone the 47-inch screen automatically turns on its side based on what you’re watching. From Facebook to TikTok, scroll on your phone and watch your feed flow onto the big screen.

With a few exceptions, smart locks are ugly. While their functionality is fabulous, the form is often large, black and bulky. If you’ve invested in a fabulous front door, but want to lock and unlock it remotely, Level Lock may be the solution you’ve been looking for. 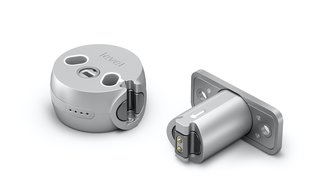 Designed by two former Apple employees, the lock replaces only your door’s deadbolt, leaving all other hardware in place. You can still use your existing key—or your phone over Bluetooth when you’re at home. Pair it an Apple HomeKit hub, and you can remotely control your door from anywhere, and have it unlock as you approach. 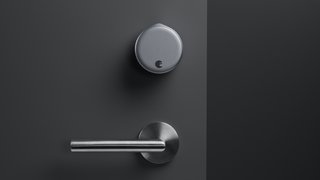 Created by August co-founder and Swiss designer Yves Béhar, the new August Wi-Fi lock is slimmer, sleeker, and much, much smaller, blending seamlessly into your door hardware.

"We had this advance in our sights since the early days of August," Béhar says. "And it took two years of development to achieve the balance of features and functionality with a form factor the size of a doorknob." 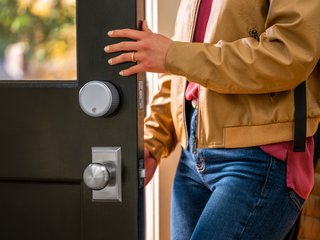 As with earlier versions of the August lock, you don’t need to replace any of your door’s hardware. Just snap it over your existing deadbolt. Almost half as small and 20% slimmer than the August Smart Lock Pro, this lock comes in matte black and silver, and it has Wi-Fi built in—so there’s no need for a hub or bridge to control your door from anywhere in the world. 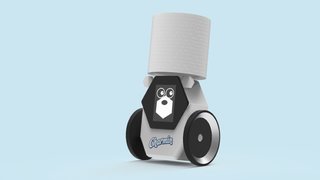 There’s a whole section of CES dedicated to artificial intelligence (those robots that may one day take over the world), but when it comes to the home, the robots we love are those that just want to take over our menial chores. From robots that vacuum, mop, and take out the trash to those that clean up the poop, we can all get on board with bots that work hard and never get bored.

Toilet paper brand Charmin showed off its newest concept, the RollBot—a bear-shaped bot that will come rolling to your aid when you’re stuck in an awkward situation because someone didn’t refill the toilet paper. Just tap the app and the bot will come to your aid with a fresh roll of paper. 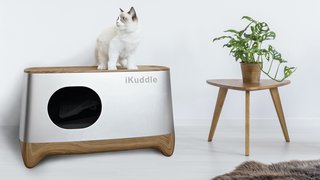 While that poop-sniffing droid is more of a concept (read: headline grabber) at CES, there were actually some bona fide robots on show that will help take away toilet time chores.

The iKuddle is a self-cleaning litter box that autonomously cleans and bags cat poop. But it goes a step further—certainly further than you would ever go. It can intelligently analyze the contents of the litter box to collect health data on your feline. 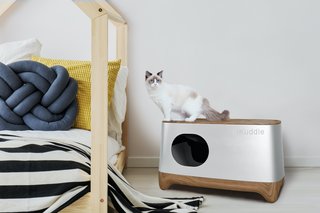 Combined with iKuddle's smart water fountain and automatic feeder, the litter box bot uses artificial intelligence to adjust your pet’s food portions and hydration automatically. Just input your cat’s breed, desired and current weight, into the app and iKuddle will take care of the rest.

It doesn’t take too much thought to see where this type of tech could take us...that Numi smart toilet from Kohler could one day chat with your Samsung smart fridge and tell it to cancel the steak and champagne in favor of salad and kombucha

what is Deadlock in Java?

What is the JSON data format and JSON document database

With the rise of the node.js and modern web, the use of JavaScript and JSON (JavaScript Object Notation) has increased dramatically, pushing XML and plain text to second and third place. All developer