Chinese drone maker Ehang demonstrated its autonomous air taxi in the US for the first time. The all-electric two-seater took flight for five minutes above a test track south of Raleigh, North Carolina, on Tuesday afternoon, with approximately 100 people, including the state’s governor, Roy Cooper, looking on.

It represents the first time that Ehang has received permission to fly from the US Federal Aviation Administration, and it helped set the stage for it to receive approval for passenger demonstrations in the near future.

The Ehang 216, powered by 16 electric rotors, flew along a pre-planned route at over 80 mph. The aircraft weighs about 600 pounds and can carry another 500 to 600 pounds of cargo or passengers, the company says. But it’s still in its early stages of development and is primarily being used today for sightseeing trips.

North Carolina’s Department of Transportation arranged for the demonstration as part of its annual summit but also to serve as an example for the types of companies the state hopes to attract. 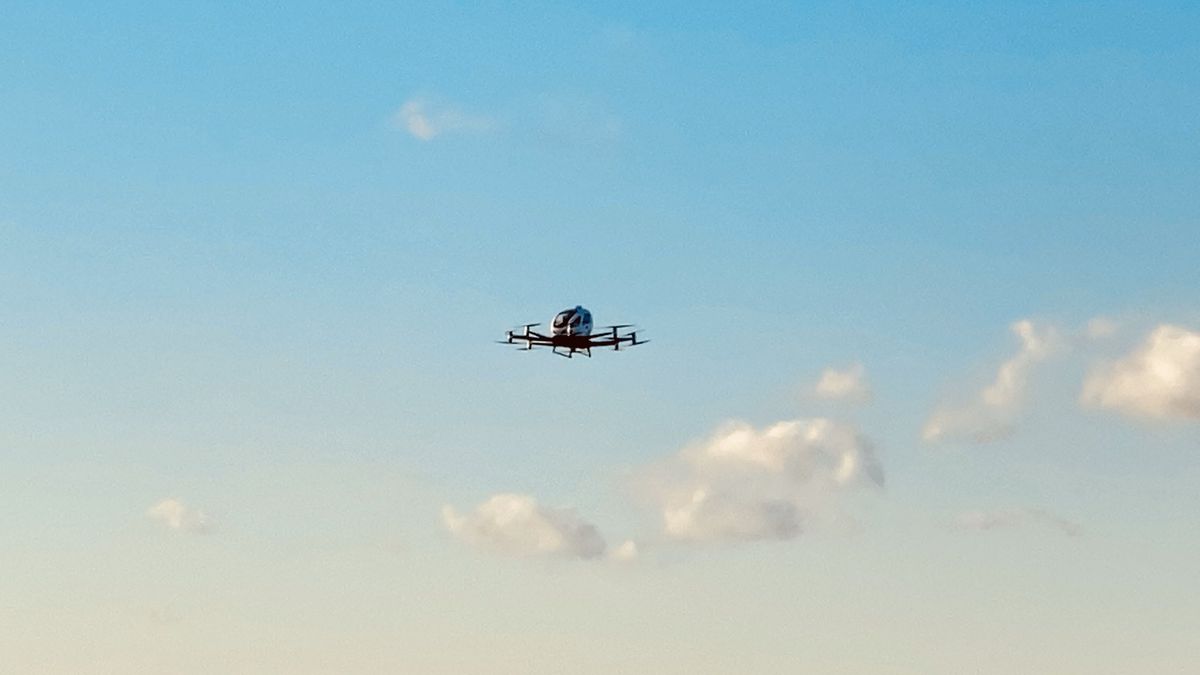 The News & Observer reporter Richard Stradling has some good color from the flight:

The future was delayed for about a half hour, because of problems with the radio signal, and people who had intently watched the horizon began to mill about. When the EH 216 suddenly rose up into the air, so did everyone’s cell phones. [...] After a five-minute flight over the test track, the EH 216 landed, and the crowd was allowed to walk down for a closer look. People posed with the craft for pictures, careful not to touch it. Then with EHang’s blessing, some state officials opened the doors and sat in it. Eventually, [Gov. Roy] Cooper and [Ehang co-founder Derrick] Xiong walked down together and got in. As he did, Cooper, said the words that were no doubt on other people’s minds: “Meet George Jetson.” 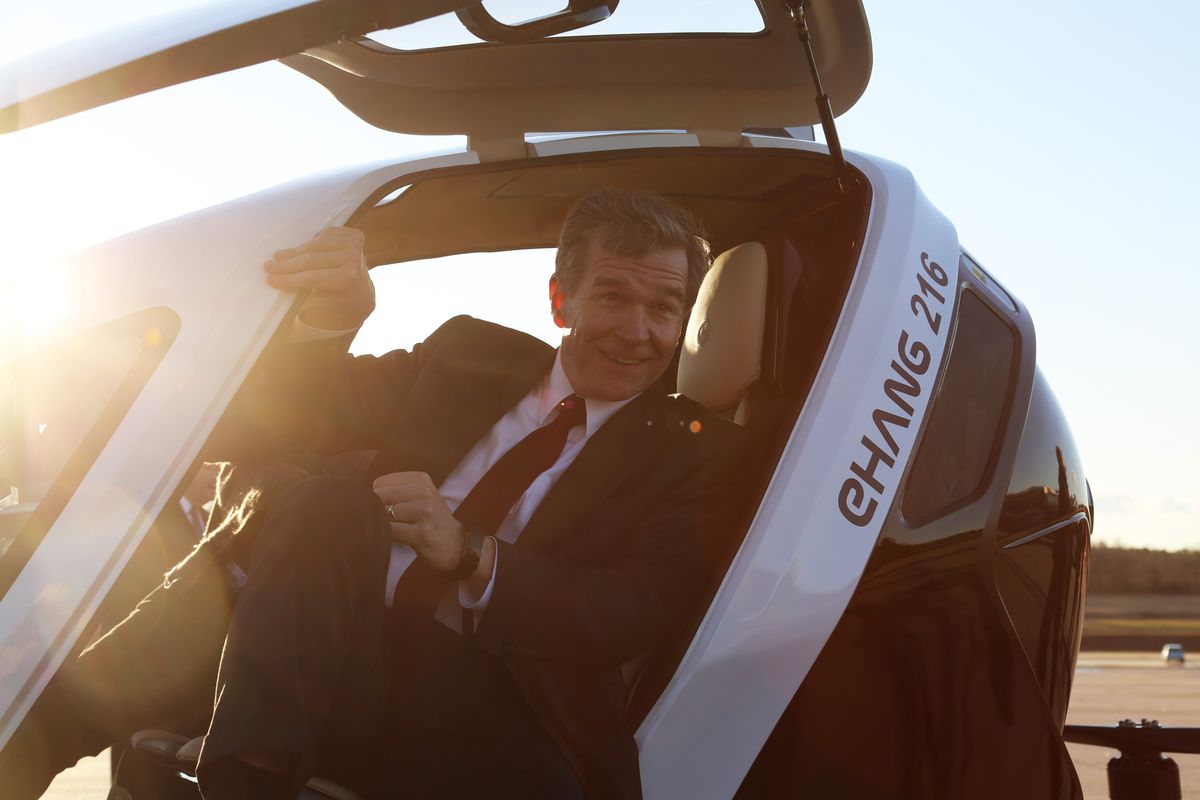 Ehang says it has conducted over 2,000 trial flights in China, Austria, the Netherlands, Qatar, the UAE, and now in the US. The company recently filed paperwork with the US Securities and Exchange Commission to go public on Nasdaq with a $100 million offering of depository shares. But it ultimately priced its shares at $12.50, which is at the low end of the range.

Ehang recently received approval from Chinese regulators to launch a commercial air mobility service in Guangzhou. As part of the pilot program, Ehang is working with the Guangzhou government to set up an air traffic control center. On the passenger front, Ehang has said it plans to use the pilot program to test more flight routes and “vertiports” from which its electric aircraft would take off and land. The company also plans to cargo deliveries of low-weight medical supplies, including blood and organs for emergency use.

Ehang is one of dozens of companies convinced that “flying cars” will become a viable mode of urban transportation in the future. These include drone makers, aerospace firms, ride-hailing companies, and even a few automakers. There are broad technical and regulatory challenges that could prevent this future from being realized, but the sheer number of prototypes that have taken flight around the globe suggests some version of an aerial taxi service may eventually come to pass.

Anonymous functions and Lambda Expressions As we know from my previous post of the delegates in C#, that delegates are reference type which take functions as parameters which would be in-turn executed